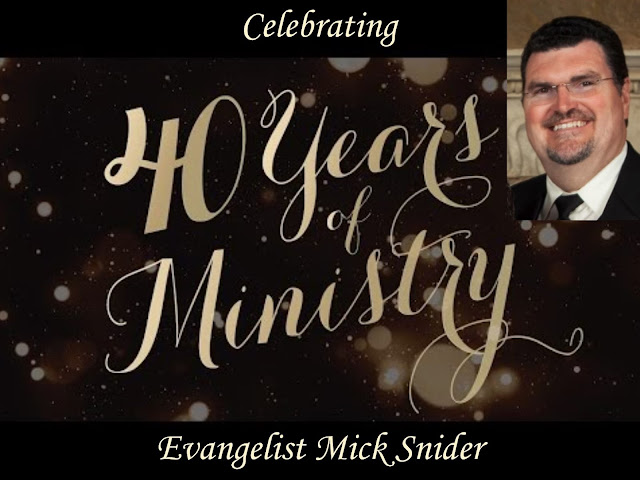 Deuteronomy 2:7
“…these forty years the LORD thy God hath been with thee;
thou hast lacked nothing.”

A sixteen-year-old teenager in August 1976 was fighting for a starting position on his high school football team in Bartlesville, Oklahoma.  The fact that the young man had lettered as a sophomore meant nothing going into his junior year as two new coaches, the head coach and the defensive line coach, were taking over the helm, having just arrived from Texas.  The young man needed to impress the new coaches as being tough, physically and mentally.  Imagine how the defensive down lineman-want-to-be felt within the first few days of practice nervously going to the new coach and saying, “I need to leave practice early next Wednesday.  I’ve been called to preach and the pastor has asked me to preach my first sermon at our church.”  I was the teenager, Coy Stewart and Don Gibson were the head and defensive coaches, respectively, and Reverend Curtis White was the pastor.  God brought these men and others, alongside my father, D. Dwight Snider, the greatest man I’ve ever known, to assist him in shaping me into the man I am today.

Recently while packing for the relocation of my residence and ministry office, I discovered the hand-written outline on ruled paper used for that first sermon in August 1976.  I preached on the subject of obedience, beginning a journey on a path that would direct the rest of my life.  When perusing through my Dad’s desk after he went to Heaven on August 11, 2012, I noticed a newspaper article and picture he had cut from the Bartlesville Examiner-Enterprise showcasing my desire to join sports and ministry together in my future career.  Eventually after not being awarded a football scholarship to play for a state university in Oklahoma due to NCAA sanctions, I chose to attend Oral Roberts University to prepare for a life in ministry and walked away from playing the game of football.  Though I’ve wondered a few times what my life would look like had I taken a different path, I’ve never looked back and wished I had.

In Spring of 1977, I received an entry level credential, a Mission Worker’s License, from the International Pentecostal Holiness Church (IPHC).  Two months later, seven men, Archie Beller, Ed Philpot, Del Hunnicutt, Melvin Garrison, Dan Beller, Don Reed, and Glen Eaves, who served as credentials examination committee, granted me an IPHC Minister’s License.  Reverend H. Bob Woodward, who would become my father-in-law, regularly provided opportunity for me to gain pulpit experience.  Waiting the customary two years, I was awarded my ordination certificate in June 1979, two weeks after marrying the young lady who had won my heart and would be my life partner and dearest friend, Teresa.

Nine months into our marriage, Teresa and I quit our jobs and accepted a pastoral assignment to a church.  She was eighteen; I was twenty.  Together, we have provided senior pastoral care and leadership for four congregations, served in denominational leadership, founded a 501 (c) 3 non-profit corporation, and have done the work of a full-time evangelist for about nineteen years.  In 1984, my son, Jared, was born and joined our team.  He gave us a daughter named Lindsey when he married her in 2010.  Their children, Brooklyn and Jackson, provide immeasurable joy and delight to their Papa and Mimi.

The Bible teaches that a man’s gifts will provide a place for him to use them and bring him into the presence of great people.  During the past forty years, I have been blessed with great colleagues, faithful supporters, and dear friends.  Being part of such a wonderful collegium of fellow servants of the Lord Jesus Christ offers camaraderie like no other.  Having the support of family members, business people, and others who believe in me is very humbling and a great honor.  Sharing life with my friends generates tremendous gratitude to God for allowing me to walk beside men and women who know me and love me.

It is my pleasure to preach the gospel of the Lord Jesus Christ.  I rejoice in each person who has placed faith in Him for salvation, in every believer who has been blessed in some way, and in the honor of being identified with Him and His Kingdom.  He called me to preach the gospel and has been faithful to make provision for me to do the Lord’s work for four decades.  I desire to live for Him in such a way that, from the platform of my changed life, I can tell the world that Jesus saves and His blood washes whiter than snow.

I haven't changed my mind about serving Him and I don't regret a mile I've traveled for the Lord.
Posted by Mick Snider Ministries at 10:42 AM